BOB as GOLLEM, or LOVE YOU, MOM! 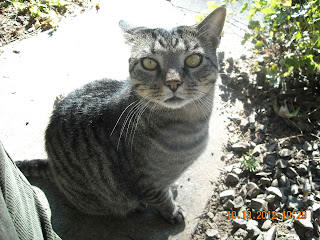 Returned from a 4 day road trip—3 of which were mostly road. The cats missed me, but particularly Bob, because he welcomed me home in his usual over-the-top Uber feline way. Hadn’t been in the house again for more than an hour, when I heard keening outside the door. It’s “Tigger’s” wurra-wurra-wurra, deep, and, somehow, both penetrating and nasal. Nasal of necessity, because he only makes this yeowly cry when he has some pitiful victim clamped between his jaws.  Yesterday, amid the blooming daffodils and the greening yard, the red buds getting ready to burst and send the human community into a coordinated allergy attack, was the last day for a poor young bunny, probably  little more than a month old.


I foolishly opened the door and Bob rushed in carrying it, a tiger with head held high, proudly bearing prey. The sad little head and ears dangled on one side of his mouth, the adorable baby legs on the other. I ran to catch him and he dropped it at my feet. When I gathered the body up in a napkin, it was still warm and floppy. I wanted to cry.


“Damn you, “ said I, which was not the response he was looking for, even though I didn’t really push the regret and sadness I felt into the words. After all, he’s not a kid, he’s a cat, and, in his feline way, he truly meant to say "thank-you" for my return. I placed the corpse back outside on the porch. Bob followed and lay down beside it. He stretched out, head up, like a Serengeti predator relaxing with a fresh-caught antelope. As I gave him a quick stroke, I realized that like the LOTR’s Gollem, he’d brought “master” a lovely present.
As Peter Jackson wrote for his Gollem: “Eat them! Eat them, they are young and tender!” 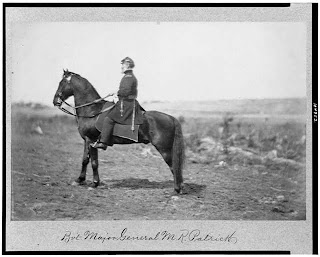 In my research for my upcoming title, I Had Rather Die (please note the title change from previous blogs), about rape in the Civil War, I've come across many dark, heartbreaking stories. Oftentimes, the officers weren't as sympathetic to the women as one would have hoped. General Patrick was a notable exception. He was from New York and a graduate from West Point. Whether he was considered a good general by historians, I really don't know. My research was of a very different nature.

In 1864, Virginia, a woman had been raped by two men. She sought out General Patrick to report the crime. Through her tears, he listened to her story and promised that he would do whatever he could to bring the men to justice. At the same time, he wasn't hopeful of the outcome. In an army of over 100,000, he informed her that it would be difficult finding the men responsible for the attack.

He wrote in his diary:


There seemed to be no clew [sic] to the perpetrators, at first, but the leader could not keep away from the Spot, after the crime, & was the first to speak of it-- He was arrested & to make his own Story good, he had to tell of his comrade-- They were identified by the woman & her cousin...

As it turns out, not only were the men found guilty, they were among the few soldiers who received the death penalty for the crime of rape. Such a finding was rare during the era because few took the accusation of rape seriously. This is partly what impressed me about General Patrick. He went the extra mile to help a woman seek justice.

A couple of months after the execution, he rode out to the woman's house again to see how she was doing. She told him that they had a guard, so the soldiers didn't bother her much, "and she is now 'All Right'..."

An abridged version of General Patrick's diary with the title of Inside Lincoln's Army was published in 1964, but I sought out his actual diary at the Library of Congress. That's how I felt as if he had truly shared a piece of himself with me. His writing was detailed and eloquent. I wished I'd had the time to read all of it. More importantly though, I wished I had a way to thank him for taking a woman at her word and helping to bring the perpetrators to justice.

Kim Murphy
www.KimMurphy.net
Posted by Kim Murphy at 8:30 AM No comments: Links to this post

Email ThisBlogThis!Share to TwitterShare to FacebookShare to Pinterest
Labels: General Marsena Rudolph Patrick, I Had Rather Die, rape in the Civil War 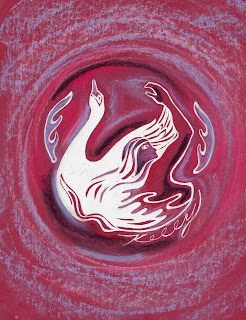 Posted by NJ Kelly at 8:46 AM 5 comments: Links to this post