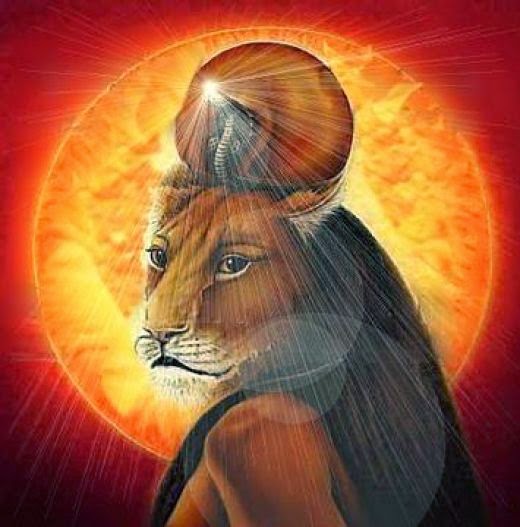 I’ve attended the ceremony of sunrise across many years . This year, as the solstice approached, I had a small epiphany. I’ve always identified sun gods as primarily male, from Amun-Ra to Apollo, from Mithras and Lugh and Surya. However, after a little  consideration, I realized there were plenty of goddesses identified with the star around which this watery rock—fortuitously, for all life forms, located in the just-right Goldilocks Zone--navigates every year. (Now, draw a deep breath and diagram that sentence...) 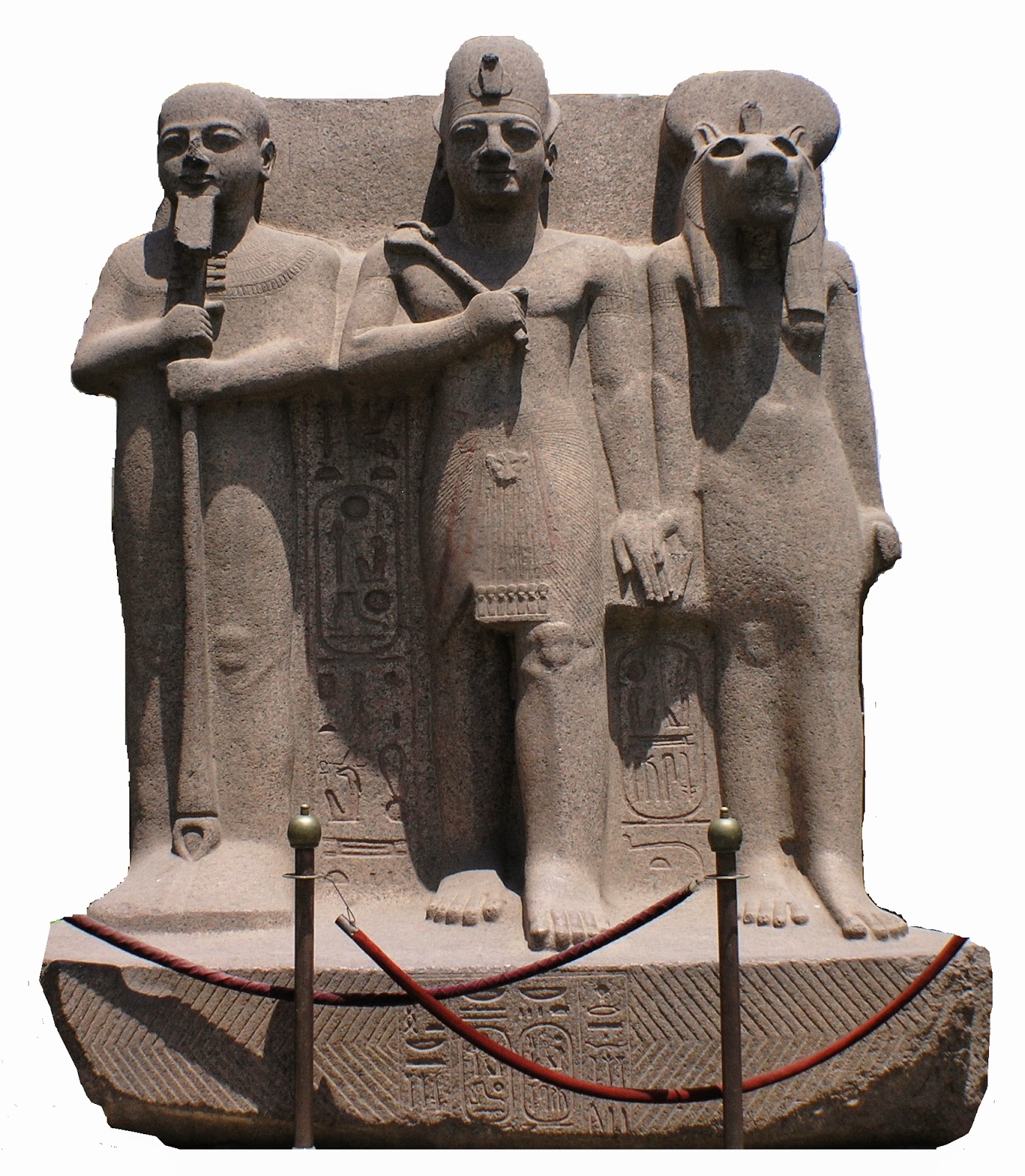 One of these sun goddesses is Sekhmet, my all-time favorite Egyptian divinity. Her name means “Power.”  The temple at Karnak, oriented toward the rise of the solstice sun, was built by the Queen-Pharaoh Hatshepsut. It was not only a shrine, but a college of surgery and medicine. Here Sekhmet, as an aspect of the goddess Mut, was worshipped. Her mate, Ptah, called the world into being with a single word, but Sekhmet is the lion mother who fiercely stands guard. A black granite statue--Heart of the Sun, Lady of Pestilence, Destroyer, Healer—still stands at Karnak. The massive head radiates an inhuman power. 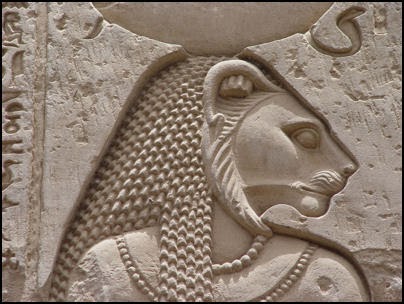 The primary story about Sekhmet concerns her rampage. Sent forth by Re, who was angered by humans continually violating the Ma'at--the Natural Order--Sekhmet cleansed the earth of evil-doers, bathing it in their blood. When it appeared her unleashed power would kill every human alive, the male gods asked her to stop, but the goddess refused. Finally, they offered her a lake of beer dyed with hematite. Taking this for yet more blood, the goddess drank deeply, and at last fell into a deep sleep.


This tale is a thumbnail of Sekhmet's attributes. She cannot be controlled by male gods, for she is an immutable law of nature,  beyond their command. Once the divine physics that is Sekhmet is in motion, it is almost impossible to stop. Here is no god of tender love and mercy. She will take your hand and lead you into the heart of her fire, where the diseased parts will be burned away. Like the Hindu Goddess Kali, (or, to extend the metaphor, like a lioness with her prey) she will drag your sick soul/body to her lair, which is also the great cremation ground. There she may, as she choses, heal you or kill you.
Tomorrow dawn, when I get up to see what I can see--whether golden hands of Aton appear upon the horizon or not--I shall whisper her prayer:
Sa Sekhem Sahu.
May the evil be burned away; may our unique blue planet be protected from our pride, our delusions and our current disregard. 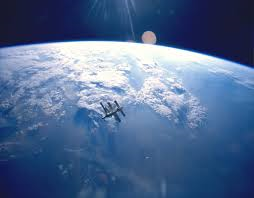 Posted by Juliet Waldron at 2:16 PM No comments: Links to this post 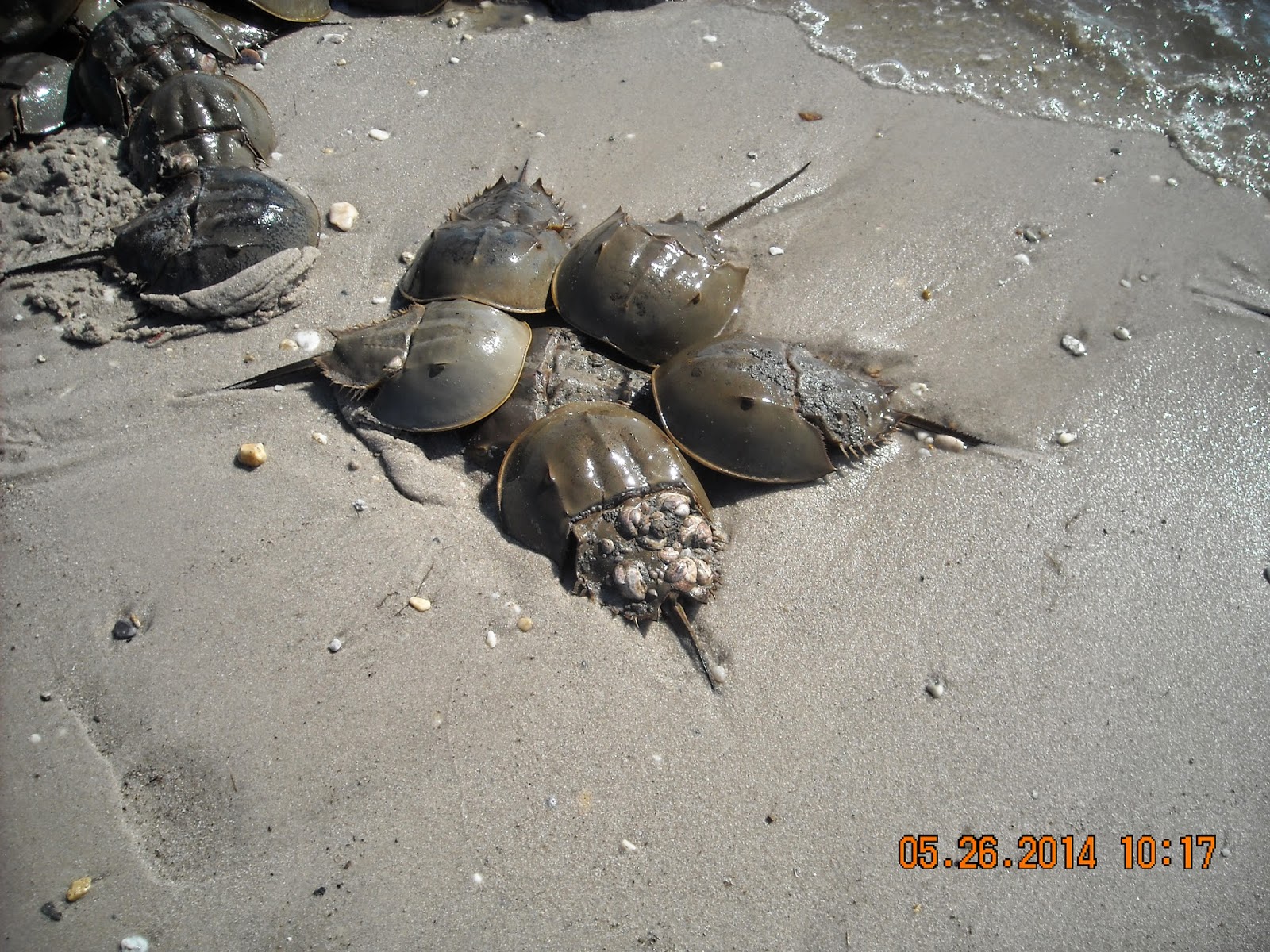 I live at the beach.  Well, not precisely, but within a 15 minute drive to salt water, either bay or ocean.  The Delaware coast has a lot going for it, not the least of which is no sales tax, and a definite proclivity to catering to the many needs of all us geezers who have descended into Lower Delaware in lieu of Florida.  As the old Romans would say, ceteris paribus, it’s a good place to live and/or die.  Where else do you get to witness the annual mating season of thousands of horseshoe crabs, marine arthropods, whose physical characteristics and behavior have not changed for 250 million years?  It’s a big deal.  There are festivals celebrating it.  They are probably my all-time favorite ocean creature (other than sharks, of course, and the jellyfish that light up).  I have a couple of dried ones in my collection of beach stuff ... my dad always loved them, too ... he brought a huge one back from the beach (found dead at high tide line) and hung it up in a tree in the woods near their farmhouse.  He thought that over the fall and winter the ants and other offal eaters would have their way with it, and then he could varnish it and mount it on a piece of walnut.  But when he went to check on it, it was gone.  All of it.  Not even a claw left.  Some deer hunter probably came upon it, and knew no one would believe him if he simply told the story, so ... it’s sitting in someone’s basement bar, collecting dust.
But I digress.  One thing that becomes evident when you live at the beach is that you see family more than when you didn’t live at the beach, at least in spring and summer.  It begins with Memorial Day, and continues through Labor Day.  You learn all the back roads to everywhere, and you stay off Route 1.  In order to take better advantage of the lesser populated beaches, I bought myself an old Jeep, vintage 1994, with many, many miles on her, and purchased a Delaware Beach Plate so that I can drive onto the beach, bypassing all those frazzled folks toting coolers and chairs, kids and boogie boards, umbrellas and duffel bags full of all the stuff you have to take to the beach (and rarely use).  So this past Memorial Day, when my husband’s oldest daughter (the good one) and her husband came to visit, we decided to load up the Jeep and trek to the place I go that never has more than a dozen vehicles along its entire strip.  Usually there is a good space between vehicles, and folks set up canopies and grills.  Every 4-wheeler has a flag or three flying from 12 foot poles stuck in rod holders, heralding one or another sport, and the occasional Jolly Roger.  Flags seem to be de riguer, but I haven’t got one.  Yet.
We arrived, however, way too late ... it was (in the vernacular) asshole to elbow the whole length of the beach, one Jeep on top of another, and the sand was really deep and chewed up ... I told my Mr. Wonderful that we had to let some air out of the tires, but no ... what do I know, after all, and so ... we got stuck.  And in the process of getting unstuck, I overheated the clutch to the point that it was smoking.  And a couple of rednecks who noticed my anti-tea party bumper stickers (mainly the one that says, “I think ... therefore I do NOT belong to the Tea Party) hooted and hollered that Tea Party members would be smart enough to let the air out of their tires, to which my husband’s daughter screamed in reply, “F**k YOU, you morons!”  And then two gay guys pushed us out.  I retreated off the beach and we went home.  Lesson learned:  do NOT go to the drive-on beach on any holiday when the sun is shining.  And ALWAYS reduce the tire pressure, no matter what your spouse says.
On Monday we went to the beach at Delaware State Park (near Dewey Beach) and spent the whole day in the sun.  It was wonderful, and a good time was had by all.  On Thursday I took the Jeep over to my pal where I bought it, and he checked out the clutch and tranny and proclaimed her fit for duty.  Whew. I was so relieved, because I was going to fix her.  No matter WHAT.  Even if it meant going on a ramen noodle diet to pay the bill.
And oh, yes.  I’ve ordered my flags.  A large gay pride rainbow flag, and a 12-foot Tibetan prayer flag.  Maybe I’ll add a Jolly Roger, too.  That should do it.
~~ Orb Weaver, First Cousin to Right-on Maud
Posted by Juliet Waldron at 6:42 PM 1 comment: Links to this post